Thom is an experienced healthcare executive with both operational and financial expertise, and he currently serves on the boards of Alesi Surgical, Atlantic Therapeutics, and Polares Medical.

Prior to joining Earlybird in 2013, he was Managing Director of Ethicon and VP Europe of Johnson & Johnson. Thom holds a Kaufmann Diploma from the University of Lüneburg. 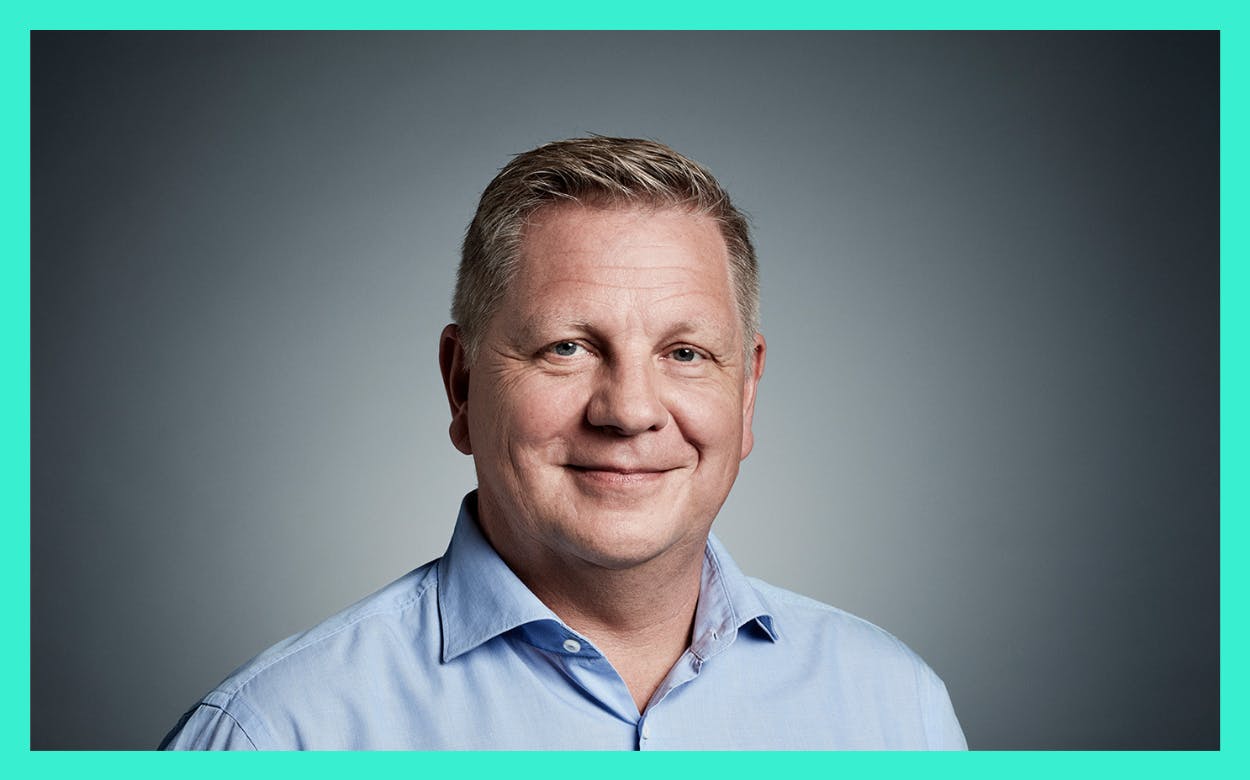 Can you explain your job to a five year old?

Absolutely, I can do that. So, we are managing other people's money. We are collecting funds in order to invest them in new technology startups in the healthcare field, which are usually university spinouts or some other people who have created ideas. We are focused on highly clinical, approved technologies.

Our goal is to see how clinical technologies can improve. When we invest in companies, we generally own 20% of those companies, and we are driving for what we call an exit. At the end of the day, we are driving to try to sell the company or bring it onto the public market. That's what we do and that's what my job is.

I'm a managing partner in the company. I created the healthcare fund within Earlybird. Earlybird has three main fund vehicles under management, two in digital technologies, Eastern and Western Europe, and one in healthcare, pan European, which I am part of.

What excites you most about your job?

Well, at the end of the day, it's quite simple. It's like making a difference in people's lives. So, we are an outcome-driven fund. We are the first fund in Europe, if not in the world, who are socialized — who actually have public payers as part of our investment team. So, if we can make a difference to people's lives, that's really what excites me most. We have a strong belief that the money will follow that changing of people's lives. In other words, it's not the money first, but it's actually outcome first, and then the money will follow that.

Which trend will change the future of medicine?

Medicine is a people's business. It is much more than technology. It's much more about interaction between human beings. Basically, when you work in this field, it show you that you have no clue what's really going on. So, technology can be a support tool — be it AI or be it digitization — but it's a tool, it's not a means.

Digitization I would not see as a major trend in the future per se. I think it is a question of: can we make healthcare provisioning more efficient and can we prevent double diagnostics and all of those things. But again, it's a tool. It's really just more an exercise tool than anything else. But to me, that is overrated in the sense that — will we have digital therapeutics alone? I doubt it significantly. Never without a physician or a healthcare professional. So it doesn't need to be a physician, it could be a virtual therapist or anybody like this, but I think it will always have to be under supervision.

It's actually quite interesting. We are complaining quite heavily about compliance with pharmaceuticals — i.e., patients don't take their drugs even they though they are asked. I think taking a drug takes about a nanosecond, whereas using digital therapeutics is probably going to take, 15 minutes a day or whatever timeframe, but definitely longer than the nanosecond. So, I think compliance is gonna be even lower. And, yes, compliance will be high with those people who have an affinity, but those are the people you don't need to address. You need to address those people who have no affinity yet. That's the biggest issue. I would say personalization is probably pertinent also in that context.

Looking back, which trends have you missed or underestimated?

This is difficult. I think what we always underestimate — and I don't know whether you would call that a trend — is the slowness of healthcare systems to adopt new technologies and the need for clinical validation and how difficult it is. So it's, again, not only a technology question, it truly is about how you get it into the ecosystem.

By the way, one of the key reasons why we have the public health insurance as key investors in our fund, is exactly that — to drive adoption of new technologies and understand what the needs are. And I think you always get caught by having a great technology, which really helps people, where the clinical trials are looking positive, and, yet, you still don't get it into the market.

I think that is one of the things we always underestimate and it's frustrating at times, admittedly. But I think that's something which we need to understand even more. That comes back to the point I made earlier, which is that we should not forget how personal healthcare really is. At the end of the day, it's not a service offering like you bring your TV to a repair shop and get it repaired. I don't think that's the way you should be looking at healthcare. Definitely not in Europe. And even so in the U.S., I think healthcare is a very personal thing. It's a trust business.

I am on the fence here. So, one thing you could say that mental health is something which needs to be addressed more, but the question is, and again here, what we've learned in collaboration with the public health insurances is: reducing the hurdle to healthcare access can be a good thing or a bad thing.

So, if you give people easier access to healthcare, let's say through the internet, is this really something you would want? Because you have an underserved population and they need more service. Or, is this natural selection through having a higher hurdle — like needing to make a physician appointment and having some wait times — not a good thing because you only address those who are in real need versus those who are in lower need. That question I think needs addressing.

I think the other thing which needs addressing is how do you incentivize physicians to pick up new technologies and digital offerings — and it's mostly money. We have the DGA in Germany, which is, uh, unique in Europe. I think that's a good step into the right direction. But the DGA is only one step. The physicians need convincing that this is actually good for the patient. So it's not only a money incentive we need, it's also a clinically-convinced perspective we need.

I think that's something which we need to think about. It's a little bit like old school — i.e., physicians need to be convinced by having sales reps convince them of the clinical outcomes and all of that. I think the adoption of new technologies is what needs more attention in terms of how we drive it.

Where would you put a million dollars?

We do put down a million dollars every, I don't know, quarter or something. More than that, actually.

I mean, we invest in new technologies, and we have a conviction that they change people's lives. We've just done, actually just before Christmas, which is a company called Grey Wolf out of the UK, which focuses on personalized oncology treatment.

And in biotech, we are about to conclude an investment in acompany, which looks at, again, cancer, but with a device to identify lesions in lung cancer patients through a minimally-invasive approach through your mouth.

Or we look at an endovascular robot in order to help more patients access thrombectomies, i.e., the removal of thrombosis within the brain after stroke with a robotic device. So, because neuro interventionalists are so short in supply, I will put a million dollars to that, too.

So there's a number of areas where I would actually put millions of dollars — and we are putting millions there. Actually, we have just closed the new fund. It's basically a technology-driven approach where I would be putting a million dollars in the hope and in the understanding that this will be driven and adopted in the clinical environment.

Could you explain a little further?

Absolutely. So, “follow the money” means whenever you talk about adoption of new technologies, you have to understand who is going to be incentivized to adopt the new technology and will this be adopted in the healthcare systems and will it find its way through? That’s usually how you follow the money.