This “mood decoder” can quantify depression

But when it comes to evaluating and understanding severe depression, providers may soon have a tool that takes a more direct look at the patient’s brain signals: a “mood decoder.” 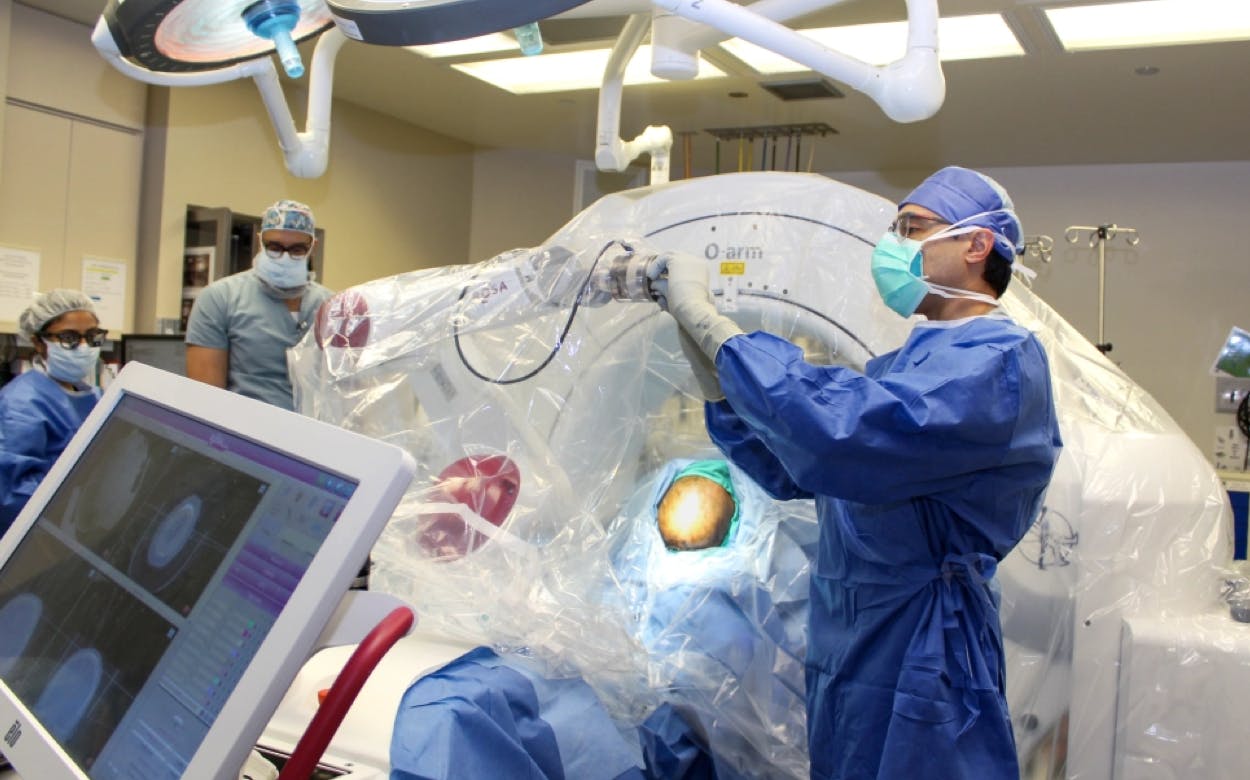 But when it comes to evaluating and understanding severe depression, providers may soon have a tool that takes a more direct look at the patient’s brain signals: a “mood decoder.”

Neuroscientists recently developed a mood decoder to measure a person’s mood by examining their brain activity. They also developed a method for stimulating a positive mood specifically.

The findings show promise for improving deep brain stimulation (DBS), the method beyond the study, for treating depression.

How does the mood decoder work?

The DBS monitoring approach in this trial involved implanting 14 electrodes inside five volunteers’ brains. Over nine days in a hospital, the researchers monitored how participants’ brain activity correlated with their mood.

At the end of the trial period, the team removed the 10 electrodes responsible for monitoring and left the four DBS electrodes, which were connected to a rechargeable battery implanted in the patient’s chest.

The research findings, recently presented at the Society for Neuroscience’s annual meeting, found that the cingulate cortex in the brain fired in different ways depending on whether a patient reported feeling better or low. The researchers demonstrated this pattern in three out of the five volunteers.

“This is the first demonstration of successful and consistent mood decoding of humans in these brain regions,” said lead researcher and Baylor College of Medicine neurosurgeon Sameer Sheth.

Although this study featured a limited sample size, we are optimistic about what these findings may indicate for patients with treatment-resistant depression.

One participant, John, who spoke with MIT Technology Review about his experience in the trial, described the feeling of being turned “back online” during the monitoring procedure as surgeons probed his brain. Before he enrolled in the trial, pharmaceuticals and electroconvulsive therapy had failed to work for John’s depression

Now, years after his participation in the trial, the DBS electrodes in John’s brain continue to deliver electrical stimulation, powered by a battery he charges every week.

“As far as I know, if the stimulation stops, I go back to square one,” he said, adding: “It saved my life.”

The answer so far is this: maybe. Research on deep brain stimulation in treating depression has been mixed.

Currently, DBS is primarily used to treat people with movement disorders like Parkinson’s. It generally involves one or two electrodes placed deep in the brain to deliver electrical pulses to specific regions. In addition to being invasive, DBS is very expensive (on average, $22,802).

It’s not a first line of treatment, by any means.

However, for patients with severe, treatment-resistant depression, multiple studies have demonstrated that DBS is statistically beneficial. On the other hand, a few randomized-controlled trials have considered the invalidity of DBS in their evaluation.

In other words, further (and larger) studies will be critical to continue evaluating DBS as a treatment for patients with treatment-resistant depression.

Yet if the “mood decoder” proves reliable across a wider swath of patients, it could indicate a step forward in making DBS a better option for people with severe depression.

The path forward for the mood decoder

Since more studies on DBS for treatment-resistant depression are necessary, the “mood decoder” is likely to come into play in the future. However, before it can do that, its efficacy needs to be evaluated—and perhaps honed—in a bigger patient sample size.

Sheth and his team are on the job. They will soon be studying a larger group of 12 volunteer participants with severe depression.

Of course, 12 is not a dramatically bigger number than the five volunteers enrolled in this first study. However, due to the expensive and risky nature of the procedures involved, Sheth hopes the findings from the larger sample will have generalizable aspects that can bring DBS one step closer to helping more people with severe depression.

Despite it being limited in scale (with good reason), this work is laying the foundation for better understanding this debilitating mental health issue and the wider array of treatment options patients may have in the future.

And it seems it’s already dramatically helping patients like John along the way, which we celebrate.