The small but steady progress in bionic limbs

Human-like bionic hands have long been a work in progress. They represent a big promise that is not being kept. But there’s forward momentum almost every week. We took a closer look at two stories from last week to figure out where we're headed. 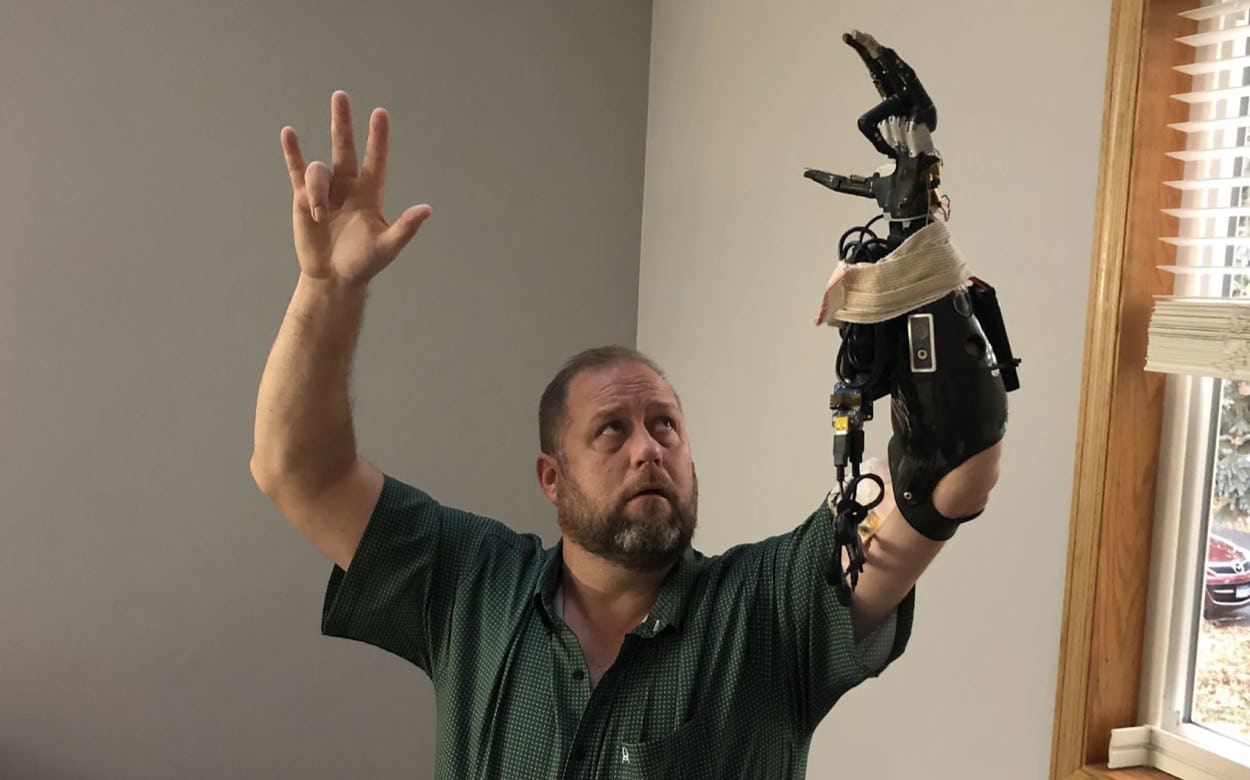 Last week, scientists from the University of Bristol and the Bristol Robotics Laboratory unveiled a 3D-printed fingertip that uses artificial nerve signals to achieve a sense of touch similar to human skin.

It is not yet possible to perceive fine details with the system, but rough surfaces seem perceptible. Apparently, this is a material problem that seems like it can be solved. That is why the scientists’ goal is to create “artificial skin as good—or better—than real skin.”

In other recent news, IEEE reports on a study from the University of Minnesota about mind-controlled prosthetics. The study demonstrated how three amputees could move individual artificial fingers using only their thoughts!

It sounds sci-fi-esque, but it’s based on real science. There are three main approaches to connecting a machine—e.g., a prosthetic hand—to a person's nervous system:

The University of Minnesota breakthrough represents the latter group. Researchers developed a decoder that can interpret the nerve signals at the end of an amputated limb with unprecedented precision.

With the system, patients think of a movement of the hand. The brain then sends command signals to the nerves at the junction where the interface detects the signals. An AI algorithm decodes the signals and sends the appropriate command to the artificial limb, which carries out the brain's instructions.

According to the researchers, the test subjects only needed a few hours of training. They had to repeat several hand movements over and over again. After that, they were able to control their prosthetic hand with the power of their thoughts.

There is no big-bang disruption—not in the field of neuroprosthetics or in any other area. We all know that. Disruption is based on small, incremental, individual contributions that create something larger than the sum of their parts.

With each new development, as shown above, the future of an artificial hand that resembles a real hand in form and function seems within reach. More and more medical technologies, both software and hardware, have reached a high level of maturity. Yes, they are still expensive and exclusive. But you can bet your bottom dollar that neuroprostheses will soon be as much a part of everyday life as hearing aids or implantables.