Quantified Self: The long path from fringe into mainstream health

Quantified Self has made it out of the niche and into the mainstream. And the potential to live healthier and longer with the help of data is far from exhausted. 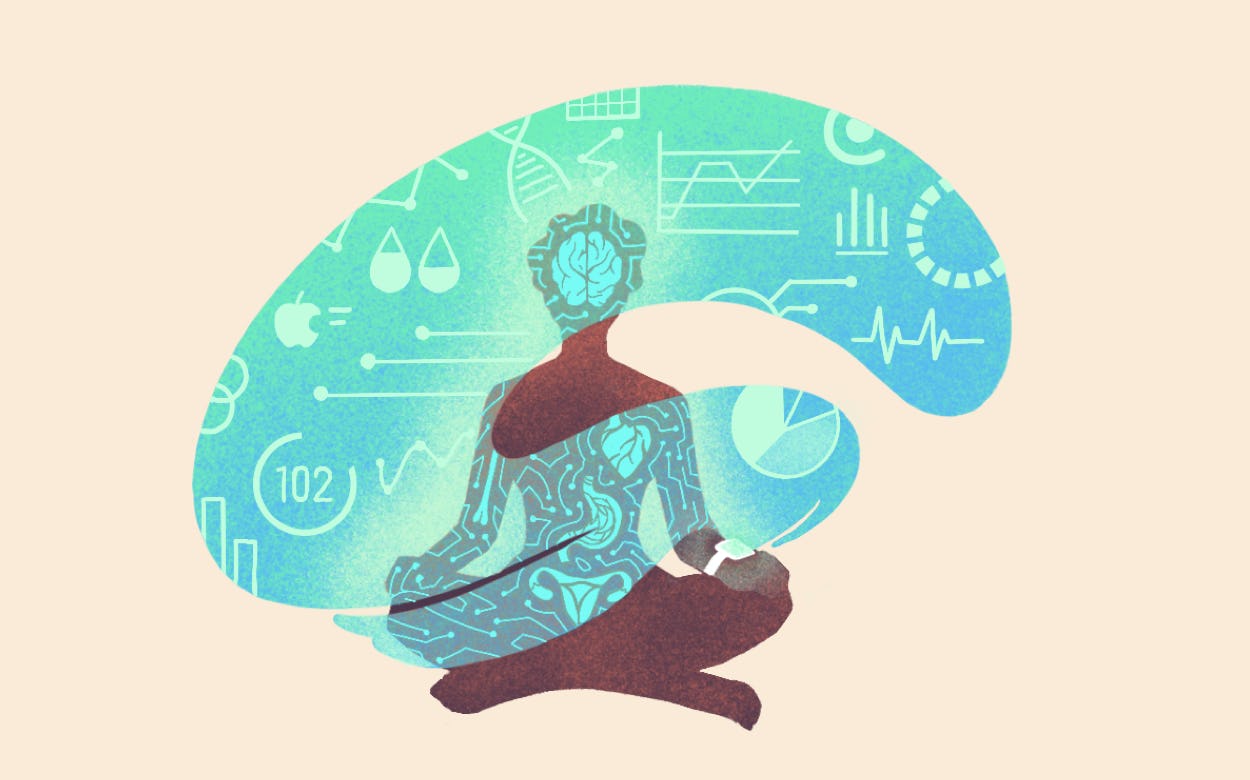 From fringe to mainstream

A few weeks ago, a topic we regularly report on was on the cover of The Economist: "Quantified Self: How data can help you live longer." The issue is well worth reading. But the topic, and especially the term, is far from new.

It was introduced 15 years ago by Wired magazine editors Gary Wolf and Kevin Kelly. Back then, tech nerds started using tracking devices and services to record their lives. The hardware at the time was still expensive and couldn't track much. Most people wondered why anyone would invest so much time and money to track their own life.

But once again, Chris Dixon was proven right by saying: “The next big thing will start out looking like a toy.”

Today, all you need is an Apple Watch to track your activity, sleep, blood sugar, and heart function. For that alone, the Quantified Self pioneers needed several dedicated devices—most of them so bulky that you couldn't carry them with you permanently.

The driving forces of Quantified Self

Today, Quantified Self is a mass phenomenon. Here are the key drivers behind the trend:

From fitness to health to regulated medicine

The first wearables had nothing to do with MedTech. They helped users to live healthier but were a far cry from medical devices. Two news stories from the last week show how close Quantified Self has come to the medical field:

The commoditization of sensor technology will continue. After all, it is now a given that smartwatches can measure heart rate—and soon, users will be able to measure biomarkers such as blood sugar and brain activity permanently as well.

But the greatest value will come from combining all this data. Remember: You don't need a separate sensor to determine sleep phases—you only need data about heart function and movement.

The multivariate analysis of all this data will yield unimagined medical insights and use cases. That's why we are convinced that we're only at the beginning of the health data revolution.

Who will dominate health tracking?

Even if it gets boring: Apple is in an incredibly strong position and serious about becoming a health company.

Speaking to TechCrunch, COO Jeff Williams recently said: “We have this huge opportunity to help people with their health and so, broadly, all the way across the company, people think about ways in which our products and services can help people from a health standpoint.”