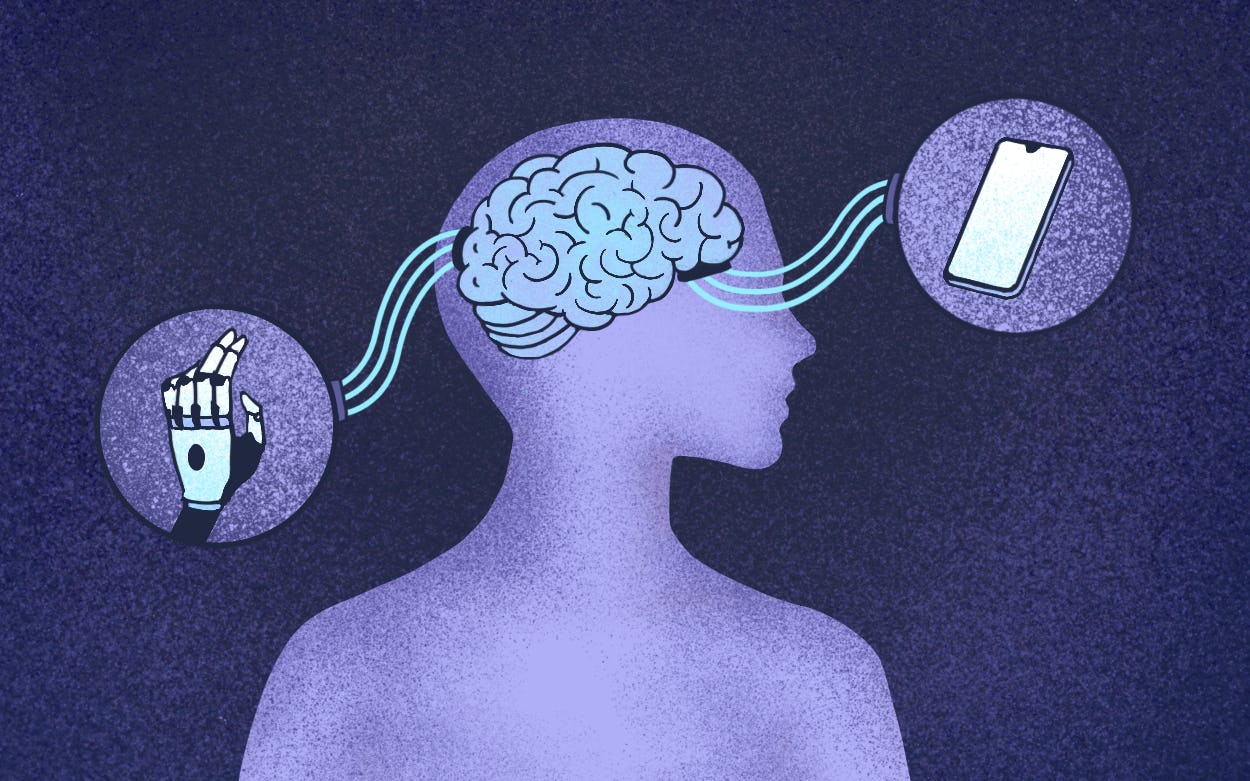 For a long time, it was quiet around Elon Musk’s neurotech company Neuralink. The company shared its latest update in the summer of 2020, when they implanted a coin-sized brain-machine interface into a pig named Gertrude.

Now, they made headlines with a video that shows a nine-year-old macaque monkey called Pager supposedly playing a game of Pong with his mind. In a blog post, Neuralink explains why experiments on monkeys are important. Simply put: Pigs do not have arms and hands. Pager, on the other hand, has extremities like us.

Neuralink’s team installed two neurotech interfaces in Pagers cerebral hemispheres. He was then taught to steer a dot on the screen with a joystick into a moving square. Neuralink recorded the brain activity and the movement of the joystick, correlated it mathematically, disconnected the joystick from the system, interpreted the movements purely from the measured brain impulses, removed the joystick completely and left the control entirely to the electrical impulses coming from Pagers brain.

According to Neuralink, its technology could help people who are paralysed with spinal or brain injuries, by giving them the ability to control computerized devices with their minds. Elon Musk stated that the first Neuralink product “will enable someone with paralysis to use a smartphone with their mind faster than someone using thumbs”.

The brain-machine interface of Neuralink is not particularly new; on the contrary similar approaches have been feasible for a long time and lots of companies have worked and are working on similar techniques. It is a technology with many ups and downs in its long history, similar to the development of electric cars, photovoltaic systems and rockets.

Remember, if Elon Musk is good at anything, it's taking (old) topics to the masses. Hype aside, there is real progress to marvel at: The number of electrodes Neuralink uses and the fact that they can pair it wirelessly and train it quickly is remarkable.

However, there is still a long way to go to reach the goal of enabling physically handicapped people to use BMI for everyday life activities and for therapeutic reasons. In Neuralinks' case, it is mandatory to have the previously learned joystick movement recorded. This means that a lot of abstraction is still required to be able to calibrate the controller purely virtually.