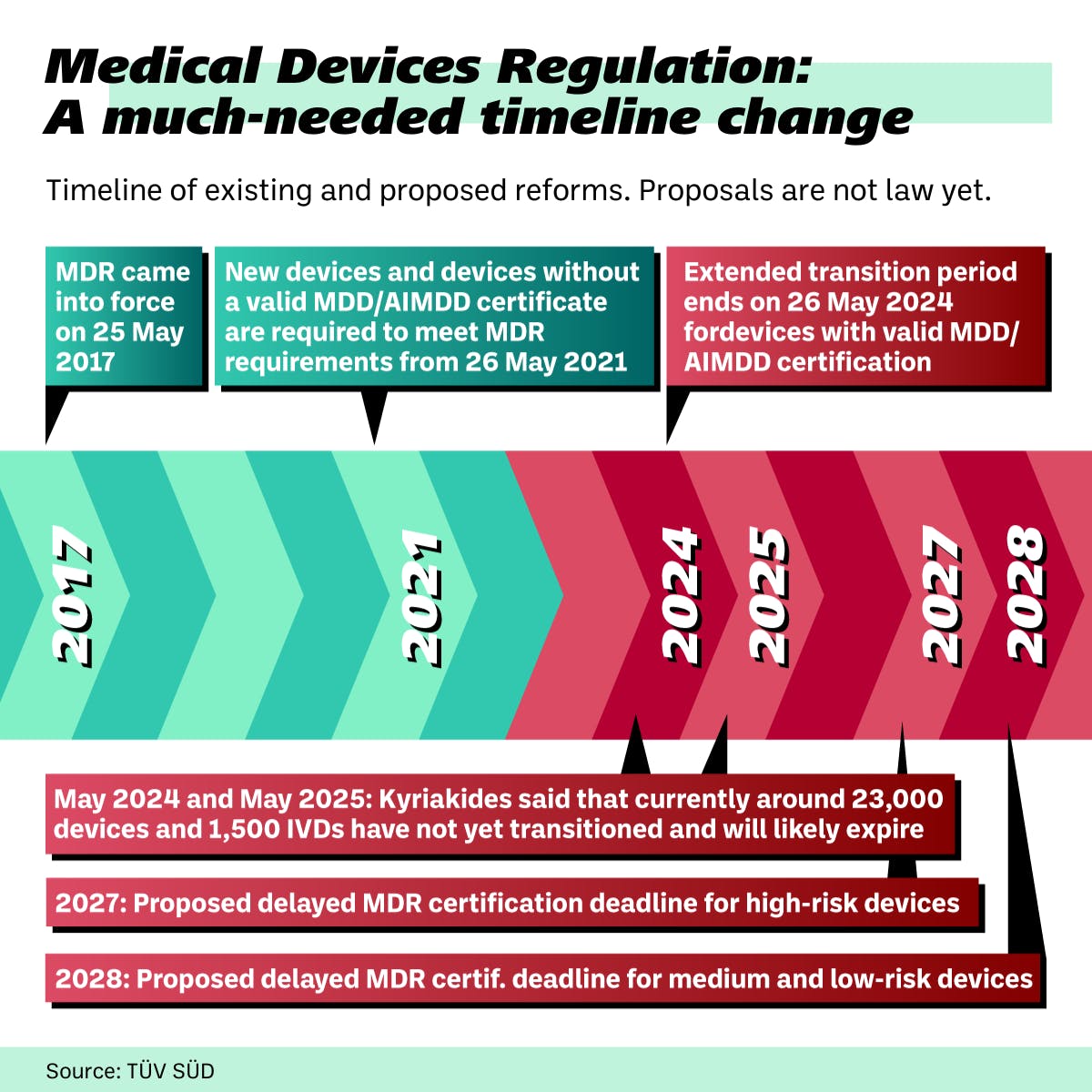 Clearly, something has got to give when it comes to MDR in the EU—for the sake of patients, doctors, and innovators.

The Health Commissioner’s proposal includes key changes to the current MDR framework. Three of the most significant are:

The proposed changes are not yet law. To be enforceable, EU politicians must pass an amendment.

European council members have generally expressed support for the proposal. One council representative even suggested taking the changes further by making a blanket MDR extension to 2028 for all products.

Kiriakides said that, if the council members agree to the changes, the amendment will be presented to them in January, when Sweden takes over the leadership.

Our take: an important first step

When we covered calls for change in the MDR process a few weeks ago, we hoped that a change like this was on the horizon. However, this decision is not a magic bullet.

Critics of the EU Health Commissioner’s plan have expressed concerns that the Commission’s proposed changes are not enough to address the bottleneck, and that they may just be kicking the can further down the road.

For instance, MedTech Dive featured a comment from London-based life sciences and healthcare attorney Alison Dennis calling the Commissioner’s decision a “sticking-plaster solution”—or a “band-aid solution,” for any American readers.

Dennis felt that the decision imposed “an administrative burden for both companies and competent authorities to have to make these applications,” which may leave stakeholders wasting time they could be spending getting devices certified under the existing regulatory framework.

While we agree that removing any unnecessary barriers to critical device development and market availability is a necessity, we also acknowledge the importance of change.

Even if the proposed changes do not, in the worst-case scenario, have the desired effect of helping Europe avoid a critical medical device shortage, these actions will still be preferable to letting patients and clinicians suffer from a device shortage we saw coming from a mile away.

From our perspective, the unprecedented pressures exerted on our industry’s European arena by the pandemic, Brexit, and the war in Ukraine underscore the need for an overhaul of the current MDR system. But an overhaul cannot happen overnight.

We commend the Health Commissioner’s decision to take this first step toward a more effective and efficient MDR process. And we hope it is the first of many.