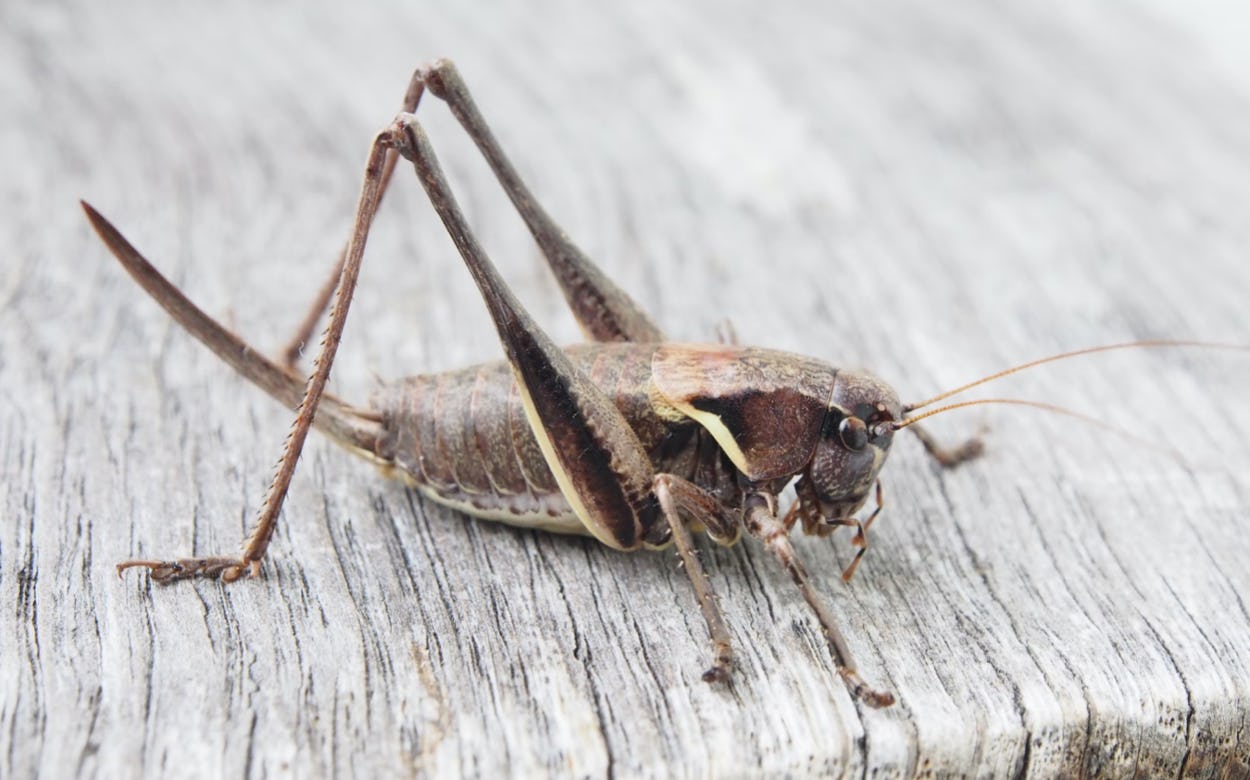 Will insects diagnose human cancer in the near future? What sounds like pure science fiction is closer to reality than you might think.

A recent study by experts at Michigan State University investigated whether grasshoppers can identify different types of oral cavity cancer based on their sense of smell.

For this purpose, scientists have implanted electrodes in the brain lobes of grasshoppers so that the incoming signals from the insects’ antennae can be used to detect cancerous cells.

Evidence of cancer in exhaled air

According to the researchers, it has already been proven that the metabolic processes in cancer cells are altered. This can be seen in the composition of volatile organic compounds (VOCs) in the exhaled air of affected individuals.

In the experiment, the scientists grew three different types of oral cancer cells, as well as healthy oral cells. The cells emitted gasses that were collected and directed to the locusts’ antennae: a VOC sensor. The locusts reacted differently to each cell type, allowing the researchers to determine exactly which cell was involved based on the reactions.

In order to identify the cells correctly (which only took 250 ms), nearly 40 neurons are needed. That's six to 10 locust brains. That’s right—brains! In terms of its bodily functions, the rest of the insect was already dead.

Animals are already being used for disease detection

The idea of using animals to detect disease is not new. Dogs, for example, were trained to sniff out the virus during the Corona pandemic. But researchers kept asking themselves how they would scale this approach. After all, training a dog is expensive, and caring for one can be a handful.

In other experiments, bees were used to sniff out explosives. French scientists have even found that ants can be trained to distinguish cancerous and non-cancerous cells.

Our understanding of intelligence is changing

The exciting thing about these experiments is that humans are increasingly accepting that we are not the only living beings who are intelligent.

The concept of intelligence is currently being renegotiated. From bonobos shaping complex tools, to bees debating the direction of their swarms, or even trees talking to one another via a wood-wide mycel network, there are many ways of doing intelligent things—because intelligence is an active process, not just a mental capacity.

Of course, one can now kick off the debate of whether sniffing out cancer cells is truly intelligence. What it is, in any case, is a new understanding—an acceptance that animals and plants can do things much more efficiently and effectively than we humans can.

Not everything has to be man-made. It will be exciting to explore what else nature and the animal world have to offer us as we begin to understand how they perceive the environment.