Venture capital targets underserved health markets, not the biggest ones

Rock Health recently published its report on the state of the U.S. digital health startup landscape in the first half of the year. As always, it's an extremely interesting analysis.

Here are the most important facts:

What we found most exciting was the analysis of how much money went into different clinical indications over the last five years. 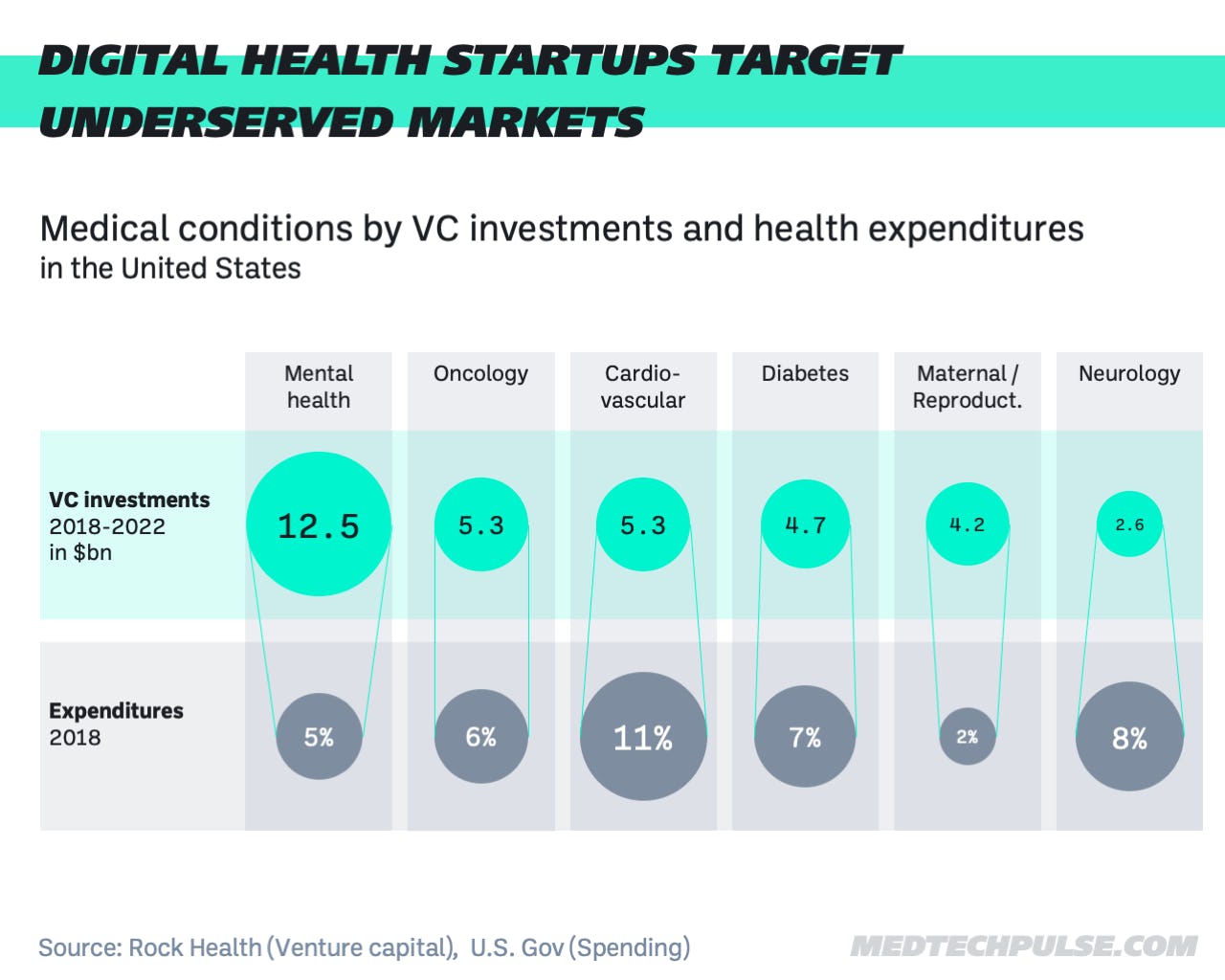 The numbers demonstrate the boom of mental health startups over the years:

As is often the case, numbers are particularly exciting when you put them into perspective. We compared the VC investments in the most funded clinical indications with the healthcare expenditure for the respective conditions.

One would expect that the largest markets would also attract the most venture capital. But that isn’t the case. The conditions with the highest healthcare spending in the U.S. are Cardiovascular, followed by Musculoskeletal and Neurology.

Our conclusion? VCs do not bet on the current largest markets, but on the most underserved markets. Many people with mental health problems are not treated at all because there is simply no capacity for them. The same thing applies to fertility. Here, too, startups are entering the game because there is a capacity problem. Many people are not being treated, even though they would like to be.