In 1978, Louise Brown was born—the first human to have been born after conception by in vitro fertilization.

The rise of IVF

A lot has happened since doctors Patrick Steptoe and Robert Edwards invented the assisted reproductive technology over 40 years ago:

According to various studies, 48.5 million couples (or around one in seven couples) are affected by infertility.

In Germany, almost every 10th couple between the ages of 25 and 59 is unintentionally childless. Significantly fewer than 10% of these couples have undergone IVF treatment, according to a study from 2020.

According to a study by the British National Institute for Health and Care Excellence, however, more and more couples are not resigned to their unfulfilled desire to have children. Instead, they are seeking reproductive help.

Analysts expect the IVF market to grow massively in the coming years:

IVF is a large, growing, and underserved market, so it is no surprise that more and more startups are emerging in this space (and that venture capital is being invested). 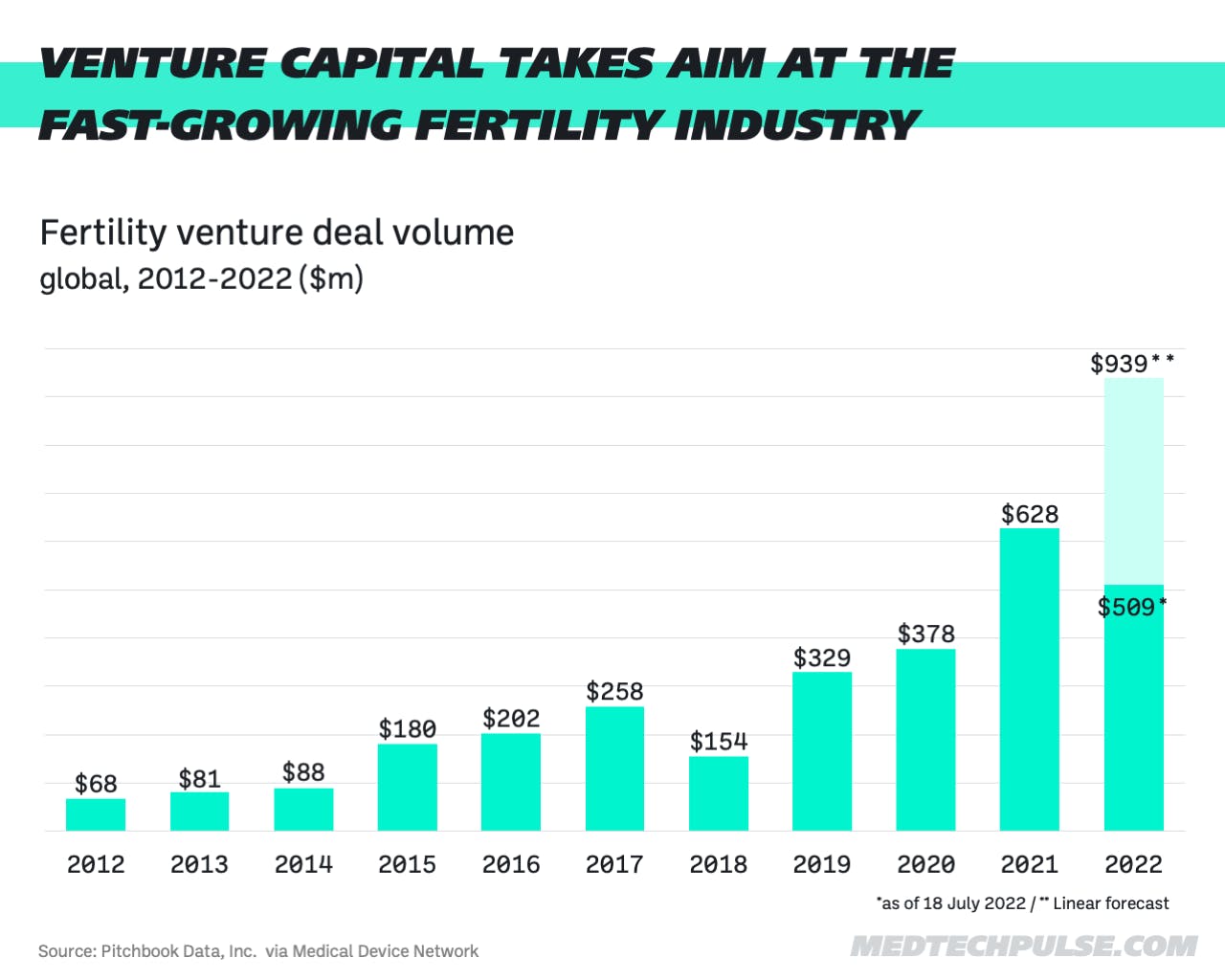 According to Pitchbook data from the Medical Device Network, $627 million flowed into fertility startups last year. By mid-July 2022, the amount was already over $500 million. This makes the sector one of the few in which more capital is flowing in the crisis year 2022 than in the boom year 2021.