In the startup world, a unicorn is a private company with a valuation of over $1 billion. A few years ago, unicorn startups were almost as rare as white horses with magic power.

According to CB Insights, as of February 2, there are now 1,000 unicorn companies in the world. And their population is growing very fast. In 2017, there were only 269 unicorns, and at the end of 2019, the research firm counted 491 unicorns.

What used to be the unicorn is now the decacorn. This is what startups with a valuation of more than $10 billion are called. Totaling 48, they are no longer all that rare either. With Bytedance and SpaceX, there are already two hectocorns—private companies with a minimum valuation of $100 billion. 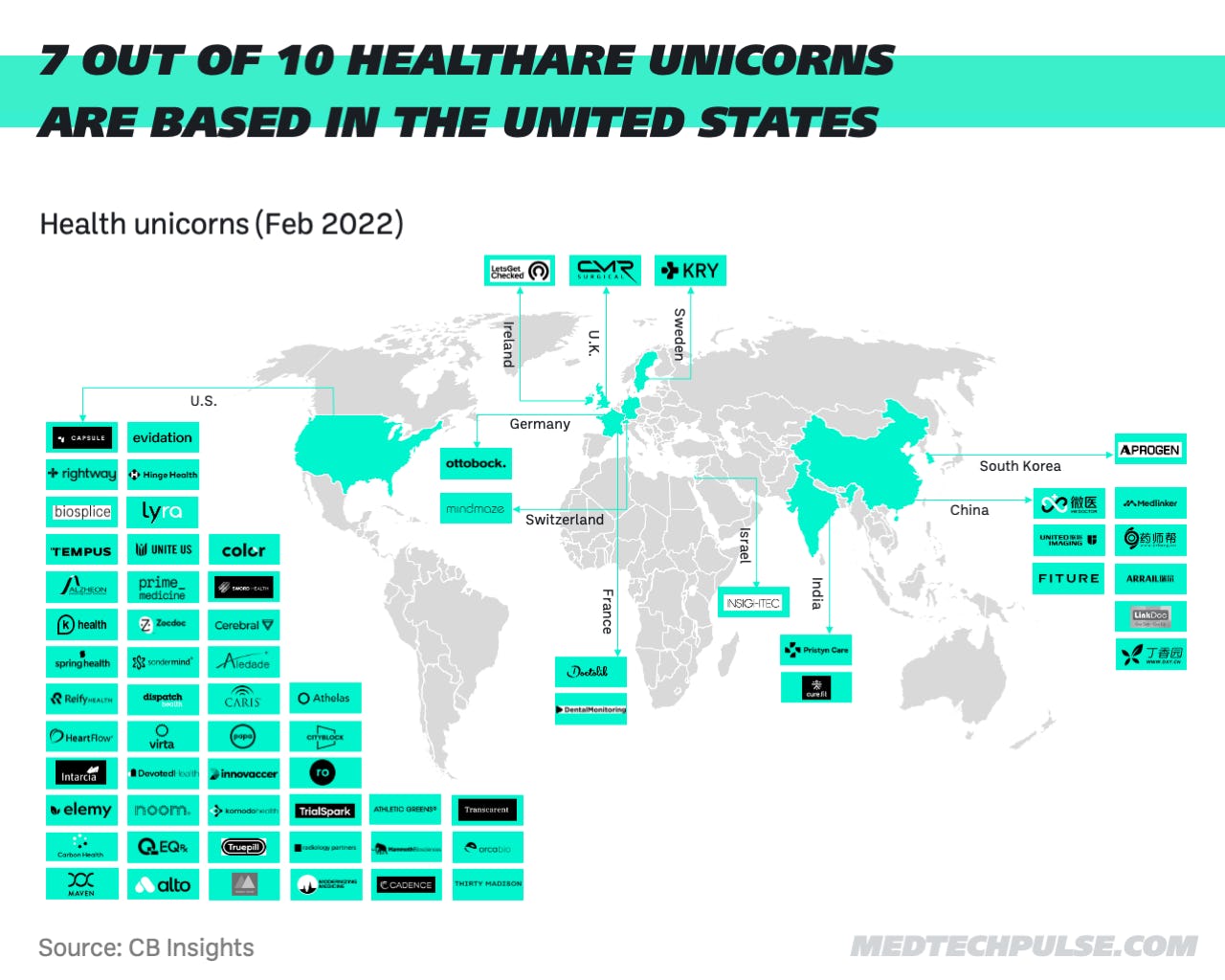 What is particularly striking is that the unicorns are very unevenly distributed around the world. 70% of them are based in the United States. The proportion is significantly higher than for unicorns in other industries. In total, only 510 of the 1,000 total unicorns are U.S.-based.

With Devoted Health (which primarily offers Medicare Advantage plans), Biosplice Therapeutics (which delivers therapeutic modulation of alternative splicing), and Tempus (which improves patient care), the three most valuable unicorns are based in the United States.