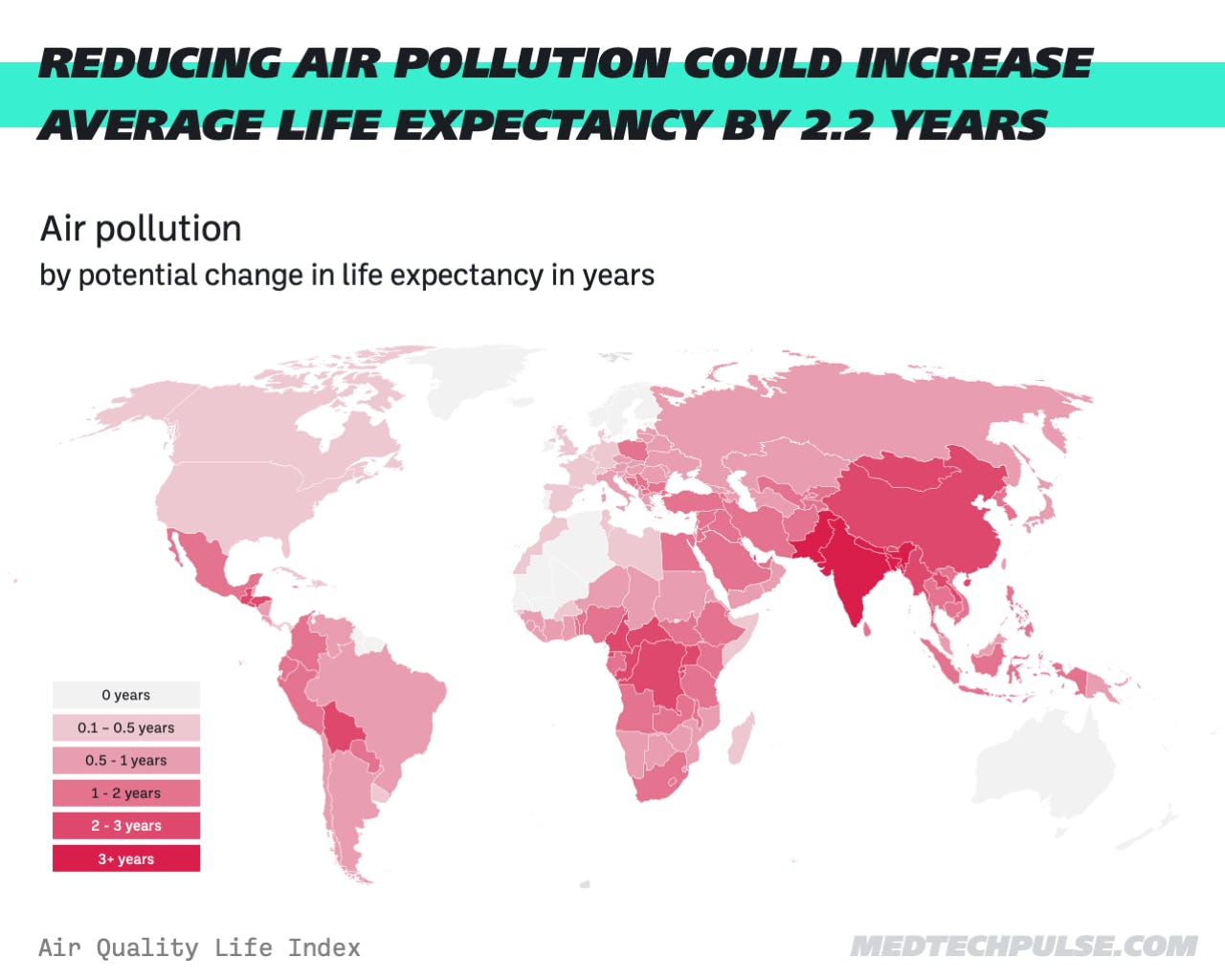 The index shows that particulate air pollution takes 2.2 years off the global average life expectancy relative to a world that meets the WHO air pollution guideline.

This impact on life expectancy is comparable to that of smoking, more than three times that of alcohol use and unsafe water, six times that of HIV/AIDS, and 89 times that of conflict and terrorism.

We took a closer look at the data:

In the U.S. and Europe, air quality has improved significantly over the past few years, giving hope to affected regions.

Milton Friedman, Distinguished Service Professor in Economics and creator of the AQLI, said: “Fortunately, history teaches us that it does not need to be this way. In many places around the planet, like the United States, strong policies, supported by an equally strong willingness for change, have succeeded in reducing air pollution.”

The situation in China has also improved significantly after the country recorded some of its highest pollution levels in 2013. The restriction of coal-fired power plants and cars in large cities helped reduce particulate pollution in China by nearly 40%.