Modern societies have a sleep problem

Each and every one of us feels it, and science has proven it again and again: Good sleep is extremely important for our health. But somehow we have forgotten how to sleep well as a society—with serious consequences for our health.

Evidence shows that adults need between seven and nine hours of sleep on average.

Yet various studies consistently come to the same conclusion: We sleep less than we should.

Apparently this is not enough, because the majority of people in Western countries are not satisfied with their sleep. According to a recent survey, 75% of Brits feel tired at least half the time. 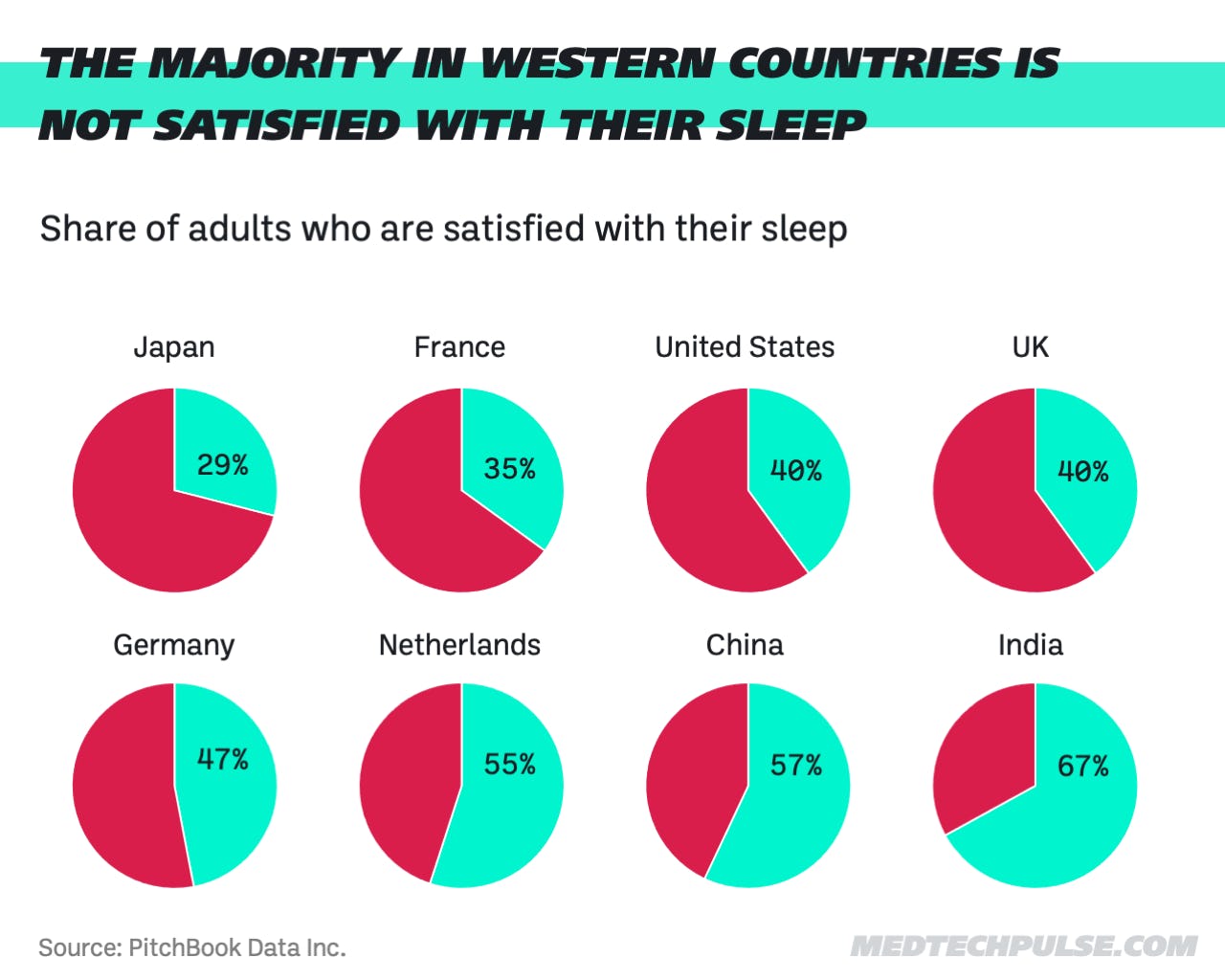 The costs of our tiredness

Lack of sleep has an impact on well-being and health. For example, people who sleep less than seven hours on average are almost three times more likely to catch a cold than those who sleep more than eight hours.

Adults who sleep less than seven hours each night are also more likely to have serious health problems, such as heart attacks, asthma, and depression.

Our collective lack of sleep, however, is not only a concern for doctors, but also for economists.

The World Economic Forum has calculated that just 16 minutes of sleep deprivation can affect concentration at work the next day.

According to the Rand Corporation, the U.S. loses the equivalent of around 1.2 million working days per year and 2.28% of the GDP due to people not getting enough sleep.

In Japan, about 600,000 workdays and nearly 2.92% of the nation’s GDP are lost each year, while in the United Kingdom and Germany, the numbers are about 200,000 and still more than 1.5% of the countries’ respective GDPs.

Last week, a report revealed that the problem is exacerbated by climate change, as hot nights cause people to fall asleep later, get up earlier, and sleep less.

It has become clear that if we want to become healthier as a society, we need to get a grip on our sleep problem.